A derivative is a financial security with a value that is reliant upon or derived from an underlying asset or group of assets. The derivative itself is a contract between two or more parties based upon the asset or assets. Its price is determined by fluctuations in the underlying asset. The most common underlying assets include stocks, bonds, commodities, currencies, interest rates and market indexes.

Originally, derivatives were used to ensure balanced exchange rates for goods traded internationally. With differing values of national currencies, international traders needed a system of accounting for these differences. Today, derivatives are based upon a wide variety of transactions and have many more uses. There are even derivatives based on weather data, such as the amount of rain or the number of sunny days in a particular region.

Because a derivative is a category of security rather than a specific kind, there are several types of derivatives. As such, derivatives hold a variety of functions and applications, based on type. Certain kinds of derivatives can be used for hedging, or insuring against risk on an asset. Derivatives can also be used for speculation in betting on the future price of an asset or in circumventing exchange rate issues. For example, a European investor purchasing shares of an American company off of an American exchange (using U.S. dollars) would be exposed to exchange-rate risk while holding that stock. To hedge this risk, the investor could purchase currency futures to lock in a specified exchange rate for the future stock sale and currency conversion back into euros. Additionally, many derivatives are characterized by high leverage.

The futures contract can be considered a sort of bet between the two parties. If the value of Diana’s stock declines, her investment is protected because Jerry has agreed to buy them at their August 2016 value, and if the value of the stock increases, Jerry earns greater value on the deal, as he is paying August 2016 prices for stock in August 2017. A year later, August 1 rolls around and Walmart is valued at $80.50 per share. Jerry has benefited from the futures contract, purchasing shares at $6.72 less per share than if he would have simply waited until August 2017 to buy stock. While this might not seem like much, this difference of $6.72 per share translates to a discount of $67,200 when considering the 10,000 shares that Jerry buys. Diana, on the other hand, has speculated poorly and lost a sizable sum.

Forward contracts are an important kind of derivative similar to futures contracts, the key difference being that unlike futures, forward contracts (or “forwards”) are not traded on exchange, rather only over-the-counter.

Options are another common form of derivative. An option is similar to a futures contract in that it is an agreement between two parties granting one the opportunity to buy or sell a security from or to the other party at a predetermined future date. The key difference between options and futures is that with an option, the buyer is not obligated to make the transaction if he or she decides not to, hence the name “option.” The exchange itself is, ultimately, optional. Like with futures, options may be used to hedge the seller’s stock against a price drop and to provide the buyer with an opportunity for financial gain through speculation. An option can be short or long, as well as a call or put.

A credit derivative is a loan sold to a speculator at a discount to its true value. Though the original lender is selling the loan at a reduced price, and will therefore see a lower return, in selling the loan the lender will regain most of the capital from the loan and can then use that money to issue a new and (ideally) more profitable loan. If, for example, a lender issued a loan and subsequently had the opportunity to engage in another loan with more profitable terms, the lender might choose to sell the original loan to a speculator in order to finance the more profitable loan. In this way, credit derivatives exchange modest returns for lower risk and greater liquidity.

Another kind of derivative is a mortgage-backed security, which is a broad category defined by the fact that the assets underlying the derivative are mortgages.

As mentioned above, derivative is a broad category of security, so using derivatives in making financial decisions varies by the type of derivative in question. Generally speaking, the key to making a sound investment is to fully understand the risks associated with the derivative, such as the counterparty, underlying asset, price and expiration. The use of a derivative only makes sense if the investor is fully aware of the risks and understands the impact of the investment within a portfolio strategy. 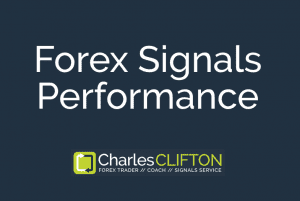